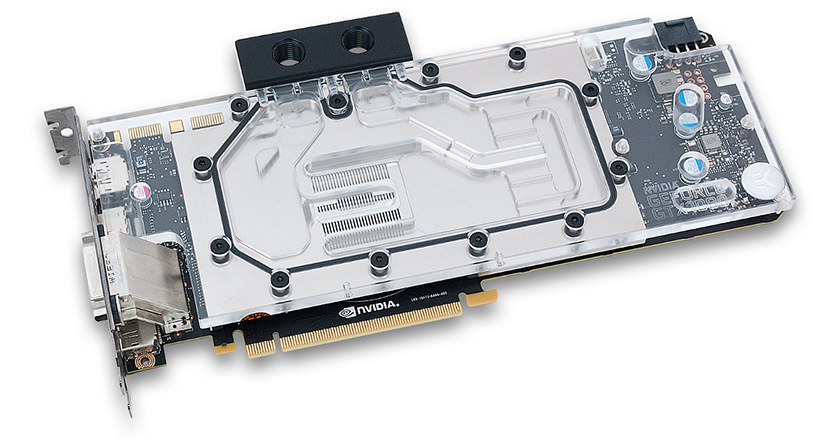 The base is made of nickel-plated electrolytic copper while the top is made of quality acrylic material. The top also features two pre-drilled slots for 3mm LED diodes. The sealing is ensured by quality rubber washers. Screw-in brass standoffs are pre-installed and allow for a safe and painless installation procedure.

G1/4″ threaded fittings can be used on both sides of the FC Terminal. Up to four EK-FC1080 GTX water blocks can be used on a single ATX form factor motherboard by using EK-FC Terminal (DUAL, TRIPLE or QUAD type) system or other means of interconnectivity. Please note that EK-FC Bridge & Link system is not compatible with this water block.

We recommend EK-Cable PWM Fan Adapter for GPU for connecting your GPU to PWM-enabled fans in your custom loop and thus controlling the PWM profiles based on the graphics card temperature.